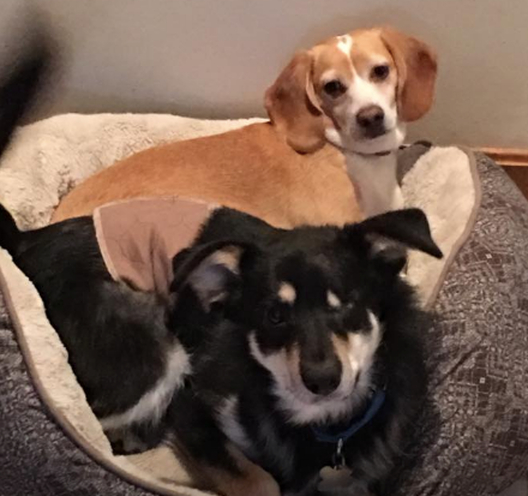 We successfully saved a rescue pup, Maverick, who came in with a broken jaw and badly damaged eye.  We were told he may have been hit by a car, but no one was certain what actually happened. We were able to take him to see veterinarian, Dr. Holland, who upon reviewing the x-rays, discovered that “Mavvy” had been shot in the face!! Fortunately, we were able to get him in to see a dental surgeon right away. “Mavvy” underwent over 7 hours hours of extensive surgery for a shattered portion of his jaw, a hole in the roof of his mouth, removal of many bullet fragments from his nasal passage and much more. He lost his left eye as well. We also found out that, based on his dental x-rays, he was only about 10 months old. He’s just a pup! He has the best temperament ever and he even wagged at the surgeon when they were waking him up! Such a sweet little boy!  You’ll be glad to know that Maverick is now living the good life in a loving, furever home.

Maverick is just one of the many dogs that receive the best care possible.  We are currently working very closely with the rescue’s veterinarians to save a boxer/mix named Buddy. His leg was shattered by a bullet, but after extensive surgery, some nuts and bolts – Buddy is on his way to recovery. It is our hope that Buddy will serve as an assistance dog to an individual struggling with PTSD  who has reached out to us.